In a video that was posted Sunday and has already topped 8.8 million views, The Office star John Krasinski officiated the Zoom marriage ceremony of Maryland superfans, whose proposal mimicked a scene from the popular TV show. As a surprise bonus, Krasinski invited the cast of The Office to dance at their virtual wedding. 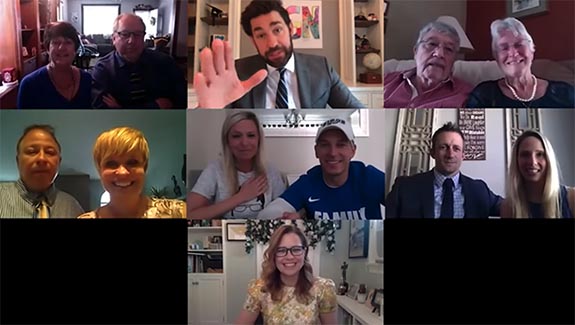 For the past seven weeks, Krasinski has brightened the lives of home-bound viewers with his YouTube series “Some Good News.” During the second half of Sunday’s episode, Krasinski introduced Susan and John, whose marriage proposal was “oddly familiar.”

The Office fans will remember how Krasinski’s character, Jim, asked Pam (Jenna Fischer) to marry him in the rain at a gas station convenience store. John’s proposal to Susan matched the TV version almost exactly.

“So I knew the proposal needed to be something really special, but also really something unique,” John said. “‘The Office’ has been something that has connected the two of us for a very, very long time so it just felt right.”

Susan explained, “Then he got down on one knee and he said, ‘Just like Jim, I can’t wait any longer.'”

As huge fans of the popular workplace comedy, John and Susan tweeted an invitation for Krasinski to attend their virtual wedding. Krasinski took the sweet gesture one step further.

The actor got ordained via an online ministry, which allowed him to officiate the couple’s virtual marriage ceremony.

Said Krasinski, “Susan and John, because you elegantly ripped off our proposal, I think it’s only fitting that you rip off the wedding too.”

At that point, Krasinski introduced a number of key players who were queued up to be revealed during the Zoom call. The actor introduced the couples’ parents, some close friends, and Fischer, who played Kraskinski’s love interest on the show. Kraskinski volunteered to be the best man and nominated Fischer to be the matron of honor. 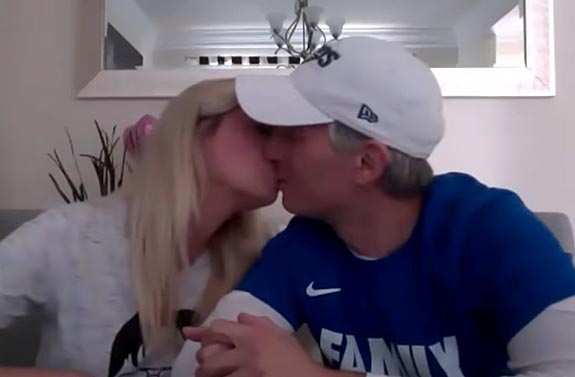 After country star Zac Brown performed a special song, the couple recited their vows and Krasinski pronounced them husband and wife.

But that’s not it. 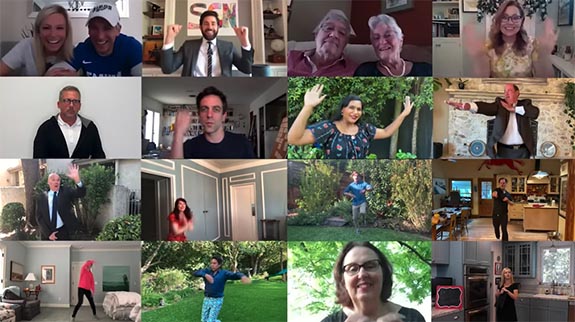 Krasinski said that this was likely the first and only wedding that would take place on “Some Good News.”

“Because, let’s be honest,” he said. “How does it get better than that? It doesn’t!”

Check out Sunday’s episode of “Some Good News,” which has a been trending as high as #2 on YouTube. The virtual wedding segment starts at the 7:20 mark. Also included below are the engagement and wedding scenes from The Office.